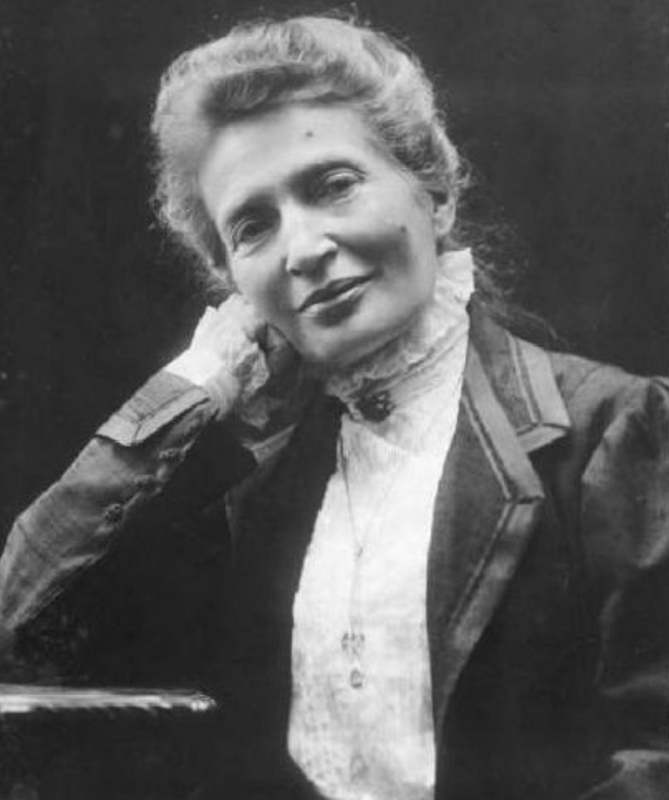 Anna Kuliscioff was a Russian revolutionary, internationalist, early feminist, doctor, and one of the founding generations of Italian socialists. She was born in Russia but educated in Switzerland. In April 1877, using a false passport, she left Russia and moved to Paris, where she became a member of a small anarchist group that, following Bakunin, preached the abolition of the state. One of the group members was Andrea Costa, with whom she established a five-year passionate relationship, even though they were constantly separated by imprisonment and exile. During her various periods of imprisonment, Kuliscioff contracted tuberculosis and later developed a severe bone disease. Reunited with Costa in 1881, Anna gave birth to a daughter, Andreina. However, given Costa’s repressive behavior, Anna left Italy to study medicine in Bern and then in Naples. Despite her poverty, she graduated as a Doctor of Medicine in 1885 and than she moved to Milan where she opened a medical practice in Milan, caring for working women and the poor. Moreover, it is crucial to underline the difference between Anna Kuliscioff and most early European feminists: Kuliscioff was chiefly concerned with the conditions of women in the working class. Kuliscioff argued not only for women’s education and social equality but also for their political rights, protesting women’s exploitation by both their employers and their husbands. Her views on Marxism influenced Filippo Turati, who became her partner. Together, they created the Italian Socialist Party (PSI) as leaders of a reformist wing that came to oppose both Communism and the irredentist attitudes of Benito Mussolini. Kuliscioff converted both Andrea Costa and Filippo Turati to Marxism and for this reason, she was later defined as “the strong woman of the Italian Socialism” and “the best political brain of the Italian socialism”. She contributed to the fledgling magazine “Critica Sociale” and founded the Female Section of the Chamber of Work in Milan (1891). In addition, she promoted a campaign for "great institutional reforms" at the Florence Congress (1908). Fighting within the Socialist Party for women's right to vote (1910), she then found the magazine “La difesa delle lavoratrici” and the National Union of Socialist Women (1912). Though deeply disturbed by the 1924 murder of her friend, socialist deputy Giacomo Matteotti, Kuliscioff allied herself with Giovanni Amendola to rebuild a pool of democratic forces against Fascism until her death in December 1925, at her home in Milan. Although postwar disruptions had caused her to witness the political destruction in Italy of virtually all that she had fought for, Kuliscioff never lost awareness that she had lived and played an active part in the events of her era.