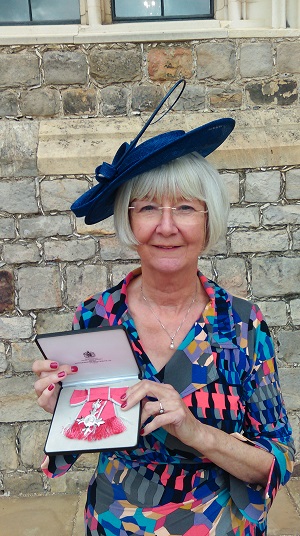 After gaining a BSc in Applied Physics at Coventry Polytechnic, Sue Bird went to work at the British Aircraft Corporation as an acoustics engineer, where she worked on noise from planes such as the BAC 1-11 and Concorde.  There followed 12 years at the GLC Scientific Branch in their Noise and Pollution section, taking on general consultancy work on noise and acoustics.   After the demise of the GLC, she started Bird Acoustics with her husband (also an acoustics engineer) and worked mainly on environmental and architectural noise, and also litigation work on noise-induced hearing loss. Sue has always felt that there are too few women in engineering and that an increase would benefit women themselves but also industry and society.   She joined the Women’s Engineering Society in the early 1970s and has twice served as its President.   She became involved in the international movement to encourage and support women in science and engineering, and in 2002 was instrumental, as part of WES, is setting up the International Network of Women Engineers and Scientists (INWES).   She served as President for INWES from 2008 – 2011. She has also been involved with her institution, the Institute of Acoustics, where she was Chair of the CPD committee, and with her trade association, the Association of Noise Consultants where she served as Chair and President over the years.   She has also been a Governor of Welbeck Defence Sixth Form College for over 20 years. SOURCE https://www.wes.org.uk/content/sue-bird