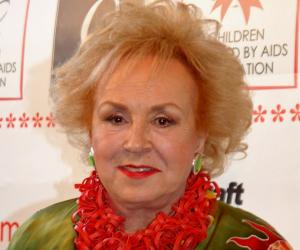 Doris Roberts was an American actor and philanthropist, best known for her role in the sitcom 'Everybody Loves Raymond.' Doris developed an interest in acting while performing in a kindergarten play. Over the years, she nurtured her craft and eventually entered the industry. With a distinguished career, spanning almost 6 decades, she had numerous TV and film credits under her belt. Doris was a versatile actor a and her acting skills also earned accolades on stage. Doris, however, gained prominence mostly for her TV roles. She had won five 'Primetime Emmy Awards,' a 'Screen Actors Guild Award,' and a ‘Lifetime Achievement Award’ at the ‘CineRockom International Film Festival.’ She was known for her trademark short stature, husky voice, incredible sense of humor, and popular catchphrases. The Broadway veteran was raised in New York and developed an iconic accent. Doris appeared on various talk shows and variety shows and had been a panelist on several game shows. An enthusiastic cook, Doris co-wrote a memoir containing several recipes. She was an animal rights activist and a staunch Democrat. Doris began her acting career through TV, when she was featured in single-episode roles on the shows 'Starlight Theatre' (1951), 'Studio One in Hollywood' (1952), and 'Look Up and Live' (1954). She simultaneously ventured into theater in 1955 and delivered her initial stage performances in the 'The Time of Your Life' and 'The Desk Set as Miss Rumple.' That decade, Doris also appeared on several TV shows. She made her film debut in 1961, with a brief role as the protagonist's co-worker in the independent sexual-abuse drama 'Something Wild.' Continuing with her stage projects, she performed in 'Marathon '33,' 'The Office,' 'The Natural Look,' and 'Last of the Red Hot Lovers.' She portrayed ‘Mrs. Cantrow’ in the 1972 dark romantic comedy 'The Heartbreak Kid.' Following this, she played ‘Dolly Scupp’ in the stage production of 'Bad Habits.' Doris made a short recurring appearance as ‘Flo Flotsky’ in four episodes of the 'ABC' sitcom 'Soap.' In 1979, Doris was seen in her first long recurring role (spanning 36 episodes) as ‘Theresa Falco,’ the protagonist's mother in the 'ABC' sitcom 'Angie.' Later, in 1982, she appeared in an episode of the ‘NBC’ medical drama 'St. Elsewhere,' titled 'Cora and Arnie.' Her supporting role of homeless ‘Cora’ won her a ‘Primetime Emmy Award.' The following year, Doris joined the cast of the second season of the 'NBC' series 'Remington Steele,' as the recurring character ‘Mildred Krebs.’ The character was made one of the main characters in subsequent seasons. It later brought Doris a Primetime Emmy nomination. Her next 'Primetime' nominations were for the characters ‘Mrs. Bailey’ (from an episode of the 'ABC' sitcom 'Perfect Strangers') and ‘Mimi Finkelstein’ (from the 'PBS' anthology 'American Playhouse'). Doris's breakthrough role on TV was that of ‘Marie Barone’ in the CBS sitcom 'Everybody Loves Raymond.' She competed with 100 other actors to bag the role. Doris portrayed the annoying, dominating, manipulative and over-nurturing mother of the male protagonist, Raymond, played by Ray Romano, in 210 episodes, from 1996 to 2005. She passed away in 1990.