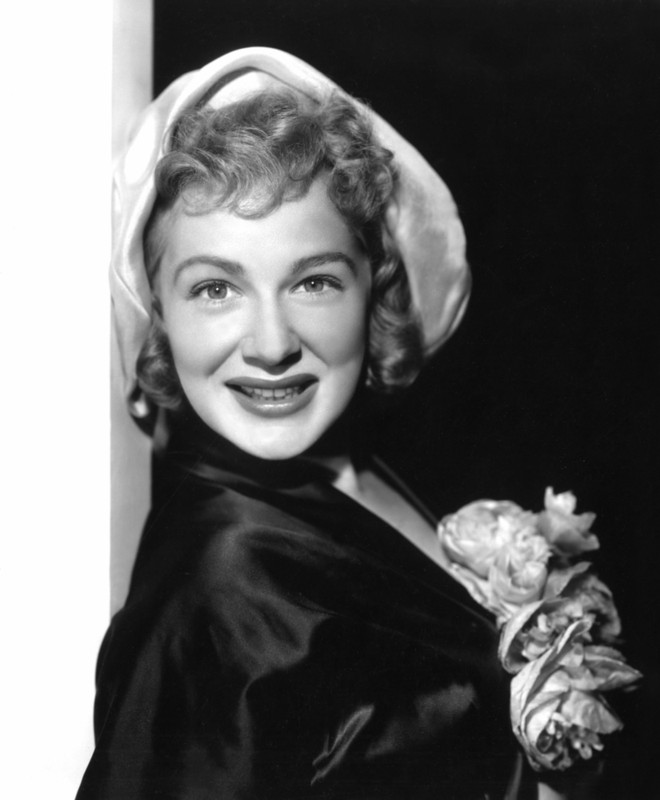 Betty Hutton was born in Battle Creek, Michigan. At a young age, her father left her family for another woman and she and her sister were raised by their alcoholic mother. She began singing at age 3, and had dreams of being on Broadway. Early in her career, she appeared in multiple musical shorts such as "Queens of the Air" and "Three Kings and a Queen". In 1940, she was cast in "Panama Hattie" alongside Ethel Merman. That same producer joined Paramount Pictures, Hutton was cast in multiple contracts including "The Fleet's In", "Star Spangled Rhythm" and "Happy Go Lucky". She became a regular household name when she starred in "Annie Get Your Gun", which was a smash hit. Her quirky, comedic take on Annie was quickly beloved by all who saw it. After her mother's death in 1967 and her 4th marriage falling apart, Betty was bankrupt and her depression and pills addiction escalated. She lost her singing voice in 1970 and later attempted suicide. She found rehabilitation through Roman Catholicism and took a job as a cook at a rectory. Later that year, the event "Love-In For Betty Hutton" took place, and raised $10,000 to support her. In 1980, she as able to get back on the stage, temporarily taking the role of Miss Hannigan in "Annie" on Broadway. She also went back to school and earned a Master's Degree in psychology in 1986. Hutton's last performance in any Medium was on "Jukebox Saturday Night" on PBS in 1983. She then began teaching comedic acting at Emerson College in Boston. She died in 2007 at the age of 86 from colon cancer.