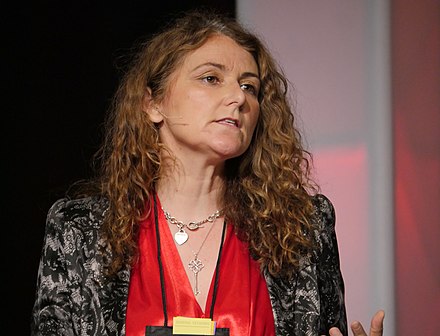 Dr. Jen Gunter is a gynecologist, author and New York Times Columnist covering women's health. Her specialty is chronic pain medicine and vulvovaginal disorders. Gunter studied at the University of Winnipeg until 1986, when she was accepted into the University of Manitoba College of Medicine. From there, she moved to the United States to study infectious diseases and women's health. Since 2006, she has practiced at The Permanente Medical Group of Kaiser Permanente in California, where she manages health clinic for women in the Chronic Pelvic Pain and Vulvo-vaginal disorders division. After delivering triplets prematurely (only 2 survived), Gunter wrote her first book "The Preemie Primer: A Complete Guide For Parents of Premature Babies-from Birth Through The Toddler Years and Beyond." She now writes for 2 columns on women's health in the New York Times-"The Cycle" (a monthly column) and "You Asked" (a weekly column). In 2019, "The Lancet" medical journal published a piece by Gunter calling for "a better medical internet" by having more medical experts involved in public medical information. She states "It is simply not acceptable to me that quality research that can save lives and reduce suffering could be undone by a medical conspiracy theorist or a celebrity looking to sell supplements." Her second book "The Vagina Bible" was named #1 on the list of Canadian nonfiction bestsellers, and was called an "owner's manual for the vagina." She is now known as "Twitter's Resident Gynecologist," and is beloved by multiple celebrities as she speaks out about many women's health issues including abortion and the HPV Vaccine. She is currently working on her next book, titled "The Menopause Manifesto."