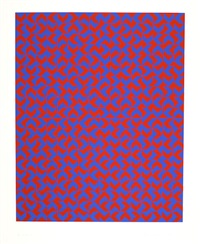 Dr. Vera Cooper Rubin was born on July 23, 1928, to Philip and Rose Appelbaum Cooper. She spent her early childhood in Philadelphia, PA, and moved to Washington, D.C. when she was ten. As a child, she was inspired by astronomer Maria Mitchell and resolved to study astronomy as well. She came into the subject at a time when women just weren't expected to "do" astronomy. She did study it at Vassar College and then applied to attend Princeton to further her education. At the time, women were not allowed in the Princeton graduate program. (That changed in 1975 when women were admitted for the first time). That setback didn't stop her; she applied to and was accepted at Cornell University for her master's degree. She did her Ph.D. studies at Georgetown University, working on galaxy motions mentored by physicist George Gamow, and graduated in 1954. Her thesis suggested that galaxies clumped together in clusters. It was not a well-accepted idea at the time, but she was well ahead of her time. Today we know that clusters of galaxies most certainly do exist Dr. Rubin forged ahead anyway and finally got permission to observe at Palomar in 1965, the first woman allowed to do so. She began working at the Carnegie Institution of Washington's Department of Terrestrial Magnetism, focusing on galactic and extragalactic dynamics. Those focus on the motions of galaxies both singularly and in clusters. In particular, Dr. Rubin studied the rotation rates of galaxies and the material in them. She discovered a puzzling problem right away: that the predicted motion of galaxy rotation didn't always match the observed rotation. The problem is fairly simple to understand. Galaxies rotate fast enough that they would fly apart if the combined gravitational effect of all their stars was the only thing holding them together. So, why didn't they come apart? Rubin and others decided that there was some kind of unseen mass in or around the galaxy helping to hold it together. The difference between the predicted and observed galaxy rotation rates was dubbed the "galaxy rotation problem". Based on the observations that Dr. Rubin and her colleague Kent Ford made (and they made hundreds of them), it turned out that galaxies have to have at least ten times as much "invisible" mass as they do visible mass in their stars and nebulae. Her calculations led to the development of a theory of something called "dark matter". It turns out that this dark matter has an affect on galaxy motions that can be measured. Dr. Vera Rubin spent much of her life working on the dark matter problem, but she was also well-known for her work to make astronomy more accessible to women. She worked tirelessly to bring more women into the sciences, and for recognition of their important work. In particular, she urged the National Academy of Sciences to elect more deserving women to membership. She mentored many women in the sciences and was an advocate of strong STEM education. For her work, Rubin was awarded a number of prestigious honors and awards, including the Gold Medal of the Royal Astronomical Society (the previous female recipient was Caroline Herschel in 1828). Minor planet 5726 Rubin is named in her honor. Many feel that she deserved the Nobel Prize in Physics for her accomplishments, but the committee eventually snubbed her and her accomplishments. SOURCE The Life and Times of Dr. Vera Cooper Rubin: Astronomy Pioneer (thoughtco.com)