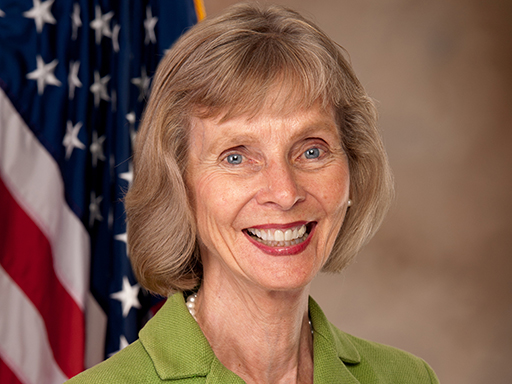 Trained as a nurse, Lois Capps unexpectedly entered politics when her husband died in office. During her 19 years in the House, Capps drew on her previous career and created the Nursing Caucus, worked on the Affordable Care Act, and advocated for environmental conservation from a public health standpoint. Lois Capps was born in Ladysmith, Rusk County, Wis., on January 10, 1938. She graduated from Flathead County High School, Kalispell, Mont., in 1955, then earned a B.S., from Pacific Lutheran University, Tacoma, Wash., 1959 and an M.A from Yale University in 1964. She also earned an M.A. from the University of California, Santa Barbara, Calif., in 1990. She worked as a nursing instructor and nurse administrator at Yale Hospital; Director of the teenage Pregnancy and Parenting Project and the Parent and Child Enrichment Center in Santa Barbara County, California, and as an instructor at Barbara City College, Santa Barbara, Calif. She was elected as a Democrat to the One Hundred Fifth Congress, by special election, to fill the vacancy caused by the death of her husband, United States Representative Walter Capps, and reelected to the nine succeeding Congresses (March 10, 1998–January 3, 2017). She was not a candidate for reelection to the One Hundred Fifteenth Congress in 2016. After earning a nursing degree, Lois Capps was working as school nurse when her husband Walter ran for Congress. He successfully challenged the incumbent in 1996, but suddenly died 10 months into his House career. Capps decided to run for the open seat—not to continue her husband’s legacy, but to start her own. In her oral history, she reflects on the support she received from her family during her 19 years in the House, the importance of seniority in Congress, and the evolution of women as political leaders and role models for aspiring legislators. Additionally, Capps explains how being a public health nurse shaped her entire legislative outlook. She kept her nursing license current throughout her tenure, started the Nursing Caucus, and encouraged nurses to run for office, recognizing their people skills as a strength in politics. Capps recalls successfully campaigning for Energy and Commerce Chairman John D. Dingell Jr. to give her a spot on the Health Subcommittee, where she worked on the Affordable Care Act. From her seat on the Natural Resources Committee, she addressed forest fires, oil spills, and other environmental concerns in her district, which she viewed as a health concern for her constituents. SOURCE https://history.house.gov/Oral-History/Women/Representative-Capps/