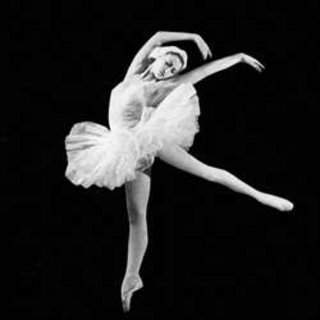 Maya Plisetskaya, in full Maya Mikhaylovna Plisetskaya, was born on November 20, 1925, and died on May 2, 2015. She was a Russian prima ballerina of the Bolshoi Ballet of Moscow, admired particularly for her technical virtuosity, expressive use of her arms, and ability to integrate acting with dancing. One of the legendary ballerinas of her generation, Maya Plisetskaya was born in Moscow in 1925. Both sides of her family were Jewish. Her father, Mikhail, an engineer and communist idealist was from Belorussia; her mother, Rakhil (1902–1993), was a film actress who belonged to a famous Russian-Jewish theatrical clan, the Messerers, which included actors as well as members of the celebrated Bolshoi Ballet. Plisetskaya’s uncle, Asaf Messerer (1903–1992), was a brilliant exponent of the new male virtuoso technique, while her aunt, Sulamif Messerer, was among the first generation of Soviet ballerinas. Both became prominent teachers and were to play important roles in their niece’s career. In 1934 Plisetskaya entered the Bolshoi Ballet School. Her gifts were obvious. She was long, lean and musical, with an appetite for movement and a natural jump. She was placed in the class of Elisaveta Gerdt, a former Maryinsky ballerina whose dancing radiated the harmony and academic virtuosity of the old St. Petersburg school. Plisetskaya studied hard and within two years was dancing important roles in the school repertory. All too soon she was caught up in the vortex of historical events. In 1937 her father was arrested and executed; in 1938 her mother was arrested and sent to a prison camp in Kazakhstan. Sulamif took in Plisetskaya; Asaf sheltered her older brother Azari (who also became a dancer and a frequent partner of Alicia Alonso in the 1960s). Sulamif, indefatigable, armed with medals, got her sister transferred from the labor camp to a shabby Kazakh town, where Plisetskaya visited her in 1939. It was here, to a potpourri of Tchaikovsky played by another exile, that the future ballerina danced a version of The Dying Swan, one of her most celebrated solos. In 1941 her mother was released, but within months, with the country at war with Germany, the family was again displaced, this time to Sverdlovsk. After a year of enforced idleness, Plisetskaya returned illegally to Moscow to resume her studies. In 1943 she joined the Bolshoi. Her rise was rapid. In the first season she performed more than twenty important roles, rehearsing some of them, including the Mazurka in Chopiniana and the Lilac Fairy in The Sleeping Beauty, with the legendary pedagogue Agrippina Vaganova. In the years that followed plum roles came her way—Myrtha in Giselle (1944), the title role in Raymonda (1945), the dual role of Odette-Odile in Swan Lake (1947), Kitri in Don Quixote (1950), the Bacchante in the Walpurgis Night scene from Faust (1950) and the title role in Laurencia (1956). In The Fountain of Bakhchisari she was paired with the Bolshoi’s senior ballerina, Galina Ulanova, who, in critic Vadim Gayevsky’s words, “acted the tragedy of purity ... while Plisetskaya acted the tragedy of passion ... of natural human instinct suddenly banned and banished from life.” She was a perfectionist who could spend years rethinking a role (for example, the star-crossed heroine of Romeo and Juliet), and a progressive, willingness to explore new styles. She danced in works by Kasian Goleizovsky and Leonid Yakobson, including the latter’s much-criticized “modern” version of Spartacus (1962). She also appeared in both The Stone Flower (1959) and Legend of Love (1965), early ballets by her future nemesis Yuri Grigorovich, who became artistic director of the Bolshoi in 1964. Few of these roles were created for Plisetskaya, but she infused them with the force of her remarkable personality. “She has an extraordinary ability to make her body act as an obedient instrument to convey whatever plastic style and image she is portraying,” a critic wrote in the 1960s. “Her musicality and phrasing are extraordinary.” She loved broad, sweeping movements and dynamic, space-devouring jumps. Her extensions were high, her line long, and in films of the period she looks unusually contemporary. She was intensely dramatic. She believed in telling stories, and danced them with passion. “Her arms,” wrote a Russian critic, “can twist like snakes and beat like ribbons in the wind. ... [I]n Act II of Swan Lake ... the ... wavy movements of the arms on a straight, motionless body ... create the image of a gliding swan, a proud bird sailing through smooth water.” In 1959 Plisetskaya danced with the Bolshoi on its first, headline-making tour of the United States. Previously barred from foreign travel because of her family history, she now became an international star. She made several tours with the Bolshoi in the 1960s and 1970s and, unlike any other Soviet dancer of the period, she worked abroad, appearing in ballets choreographed for her by Roland Petit and Maurice Béjart. In 1967 she produced the Carmen Suite, the first of several collaborations with her husband, the composer Rodion Shchedrin, whom she had married in 1958. The ballet, which challenged Grigorovich’s authority as artistic director, was followed by Anna Karenina (1972). The Seagull (1980) and Lady with a Dog (1985), works staged by Plisetskaya herself, capitalized on her magnetic stage presence and dramatic powers. By the late 1970s an open breach existed between her and Grigorovich, and she no longer toured with the main Bolshoi company but at the head of a small ensemble of Bolshoi dancers. Increasingly, she spent time abroad. In 1983–1984 she served as artistic director of the Rome Opera Ballet. She held a similar post at the Ballet del Teatro Lírico Nacional in Madrid between 1987 and 1990. Much honored, she is a Hero of Socialist Labor and the winner of the 1965 Dance Magazine Award. Her outspoken memoir, I, Maya Plisetskaya, was published in Russia in 1994 and in the United States in 2001. Since the 1990s she has been living in Munich. https://jwa.org/encyclopedia/article/plisetskaya-maya