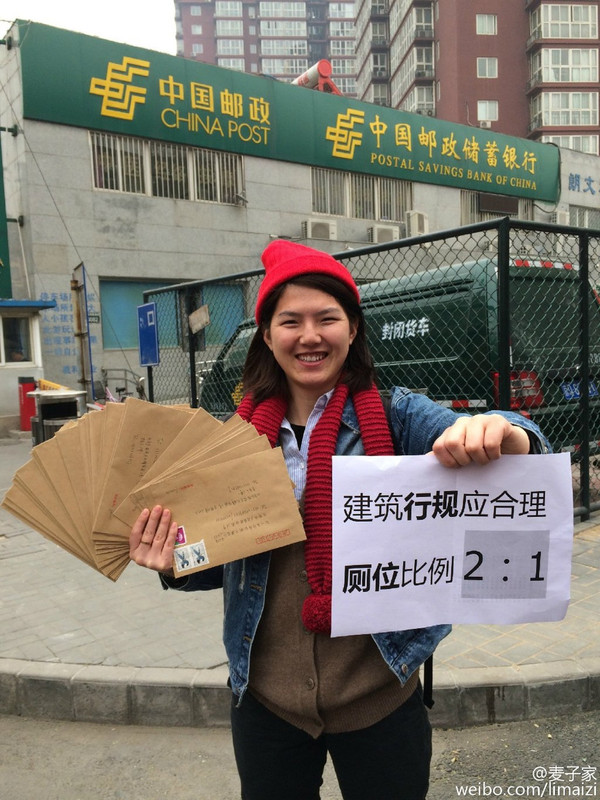 Li, a 26-year-old college graduate, could be mistaken for any average, Chinese twenty-something. She's seemingly irreverent about most topics, from the meaning of marriage to her encounters with the police. At the time of her arrest, she was living with her girlfriend, who was working on her grad school dissertation. (Unfortunately, that work got interrupted — the girlfriend complained that her laptop was confiscated by the police.) "The government doesn't believe women's issues are a priority. We want to push through women's rights issues," Li tells Bustle. "It's not a fundamental difference, but the government sees us as as troublemakers, but we still have to do what we have to do." As the face of China's millennial, feminist movement, Li is anything but average. Even though she was warned by the police not to speak to journalists after her release, the statements she posted online were frequently picked up by a variety of media outlets, both Chinese and Western, mainstream and niche, including The Washington Post and The New York Times . In the past six months, Hilary Clinton herself has already Tweeted twice about Li and the four other women who were detained in March. Li and her fellow activists have attracted global attention for refusing to be silenced in a nation where street protests are not allowed, and where several lawyers were detained earlier this year in a new wave of crackdowns on civil rights organizations. Li uses protests and social media to initiate conversations about gender issues such as sexual harassment, domestic violence, maternity leave, LGBT rights, as well as equal employment opportunity and higher education. Her courage and motivation for activism are fueled by the injustice she felt throughout her childhood. Li moved from suburb to suburb growing up when she eventually moved to the city, she experienced discrimination because of where she came from. She says she remembers her father hitting her mother when small things set off his short temper. In junior high, she noticed she was attracted to girls.