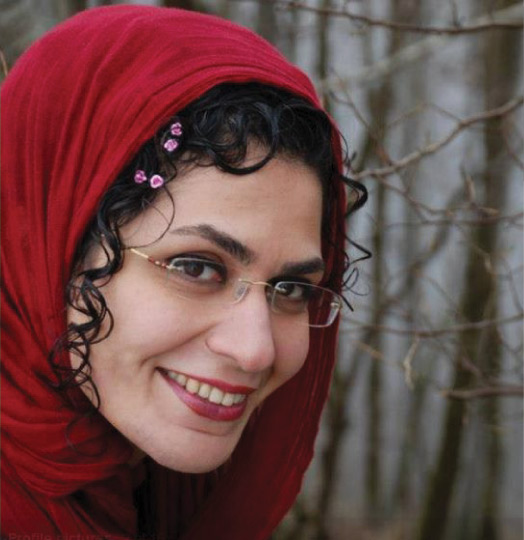 Bahareh Hedayat is a student and women's rights activist who has investigated the expulsions and human rights abuses suffered by Iran’s university students, helped organize protests on behalf of colleagues and faculty members, and addressed international conferences on issues facing the country's student population. Hedayat came to prominence in Iran after being elected to the leadership of Daftar-e Tahkim Vahdat ("the Office for Strengthening Unity"), a major pro-reform Iranian student organization. Through her activities with that organization, Hedayat has been deeply involved in students’ and women’s rights issues for the last decade, making her a well-known dissident. As an advocate for gender equality, Hedayat has been an important part of the “One Million Signatures Demanding Changes to Discriminatory Laws” campaign, which petitions the Iranian regime to reform its legal system and end institutionalized discrimination against women. Hedayat is currently serving a ten-year sentence in Tehran's Evin prison. Hedayat has been arrested five times since becoming an activist. In June 2006, she took part in a pro-women’s rights protest in Tehran’s Haft-e-Tir Square that later led to the One Million Signatures movement. Security forces responded to the rally with force and arrested Hedayat, who received a two-year suspended sentence for unlawful assembly. In July 2007, she was arrested during a sit-in in front of Amir Kabir University, spending one month in solitary confinement before being released on bail. After a third arrest in 2008, she was arrested for a fourth time while taking part in a peaceful assembly of the families of political prisoners at Evin prison in March 2009. In the unrest that followed Mahmoud Ahmadinejad’s disputed re-election, Hedayat already had a prominent profile in the student movement, making her a prime target for the government’s crackdown. In spite of attempts by the Iranian authorities to prevent activists from communicating with an international audience, Hedayat delivered powerful videotaped addresses to gatherings in Europe in November and December 2009. As a result of these messages and her participation in protests, the Iranian judiciary convicted her of propaganda against the regime, insulting the President and the Supreme Leader, and acting against national security. In 2010, Hedayat was sentenced to nine and a half years in prison (later extended to ten). She remains imprisoned today.