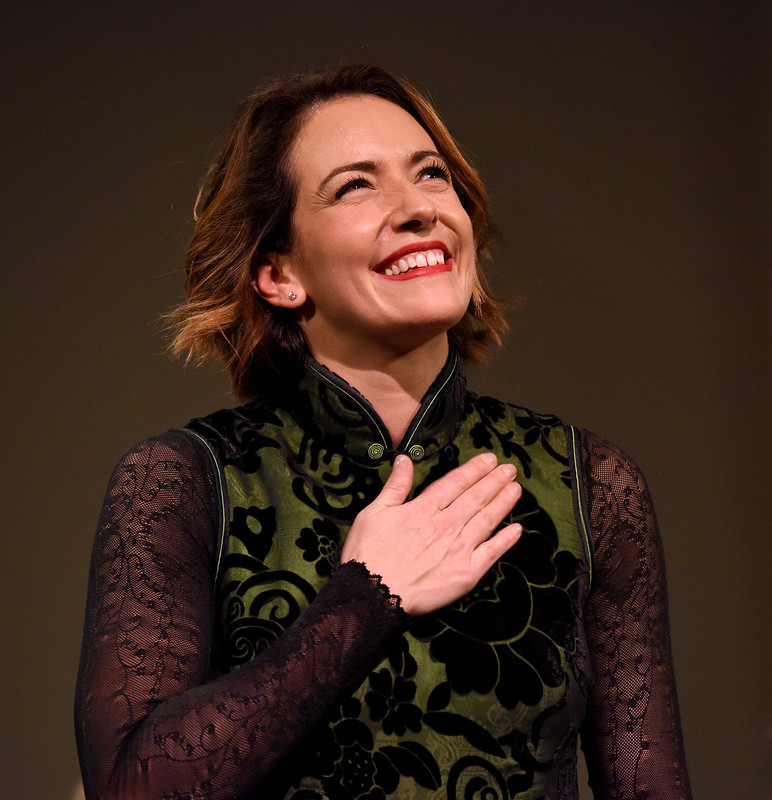 Alondra de la Parra’s Twitter bio reads: Mother of 2, Former Music Director Queensland Symphony Orchestra/Founder Philharmonic Orchestra of the Americas/Cultural Ambassador of Mexico/world traveler. Although a short and sweet summation of this moment in the career of one of the most successful, dynamic conductors working today, it does not do Ms. de la Parra’s accomplishments justice. Although born in New York City in 1980 Ms. de la Parra’s roots are in Mexico. Her parents were both Mexican graduate students pursuing masters degrees in the U.S. and the family returned to Mexico City when Alondra was three years old. Music was important in her family, and Alondra began playing piano at the age of 7 and cello at the age of 13, which is when she also developed an interest in conducting after her father explained to her how a conductor unites and guides the orchestra through the music. After studying in London and Mexico City, she returned to New York, where she earned a B.A. in piano performance and an M.M. in conducting from the Manhattan School of Music.  Ms. de la Parra has always been ambitious. In 2004, while still a 23-year-old student at the Manhattan School of Music, she founded the Philharmonic Orchestra of the Americas. The mission of the orchestra was to champion the work of Mexican and other New World composers as well as young, particularly female, musicians.  She has said “I want to inspire young girls who aspire to become musicians and directors…Sometimes you need to see someone up there on the stage, to be encouraged.” The Orchestra performed until 2011 and had many successes during that time: their first recording earned Platinum record status in two months, they performed throughout the Americas including concerts at Avery Fisher Hall and the Kennedy Center, and they developed into an international symphony orchestra whose members were mostly under 35-years-old and came from 22 different countries. In 2008, Ms. de la Parra was named the youngest member of the board of trustees of the Latin Grammy awards and she was presented with the Helen M. Thompson award for emerging music directors by the League of American Orchestra. And after first guest conducting in 2015, she became the first woman to be named principal conductor of an Australian symphony orchestra when she was hired as the Queensland Symphony Orchestra’s conductor and Music Director, a position she held from 2017-2019. In her stellar career Ms. de la Parra has conducted over 100 of the world’s most prestigious orchestras including the London Philharmonic Orchestra, the Sao Paulo Symphony Orchestra, the Orchestra de Paris, and the Berlin Radio Symphony Orchestra. She is also one of eight official Cultural Ambassador of Mexico. Keeping with her youthful ambitions, Ms. de la Parra’s programming has continued to demonstrate a commitment to the music of Latin American composers, and her energy and charisma as a conductor has attracted younger, more diverse audiences and made her a much-sought after guest conductor. One of her mentors, Placido Domingo, has called her, “an extraordinary conductor,” and the French newspaper Le Monde declared, “There’s no doubt that with Alondra de la Parra, classical music has arrived into the XXI Century.”