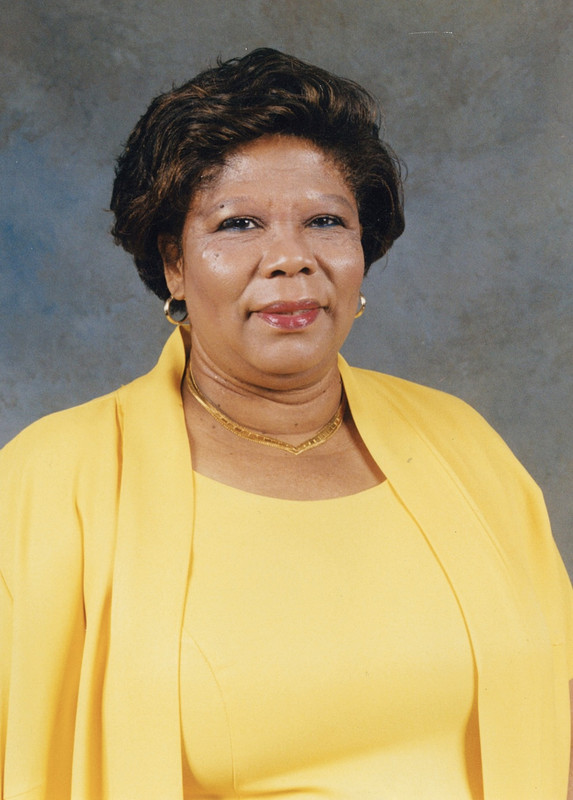 Closing the Door on Transnational Parenting: A letter to my Immigrant Mother By Christiana Best, Ph.D. Dear Pearl, As a young woman, a newly arrived immigrant in New York and a single mother, you worked three low-paying jobs to support yourself and your family, while parenting from a distance – also known as transnational parenting (Best-Cummings, 2009). Today, in your late seventies, you are a shell of that woman. Your migratory journey was filled with ups and downs, but you triumphed over them. Now, in the midst of dementia, you are struggling to remember the right words or names of people, forgetting information you just read, and misplacing your keys. Pearl, as we spend time together, I join you in your struggle with this mentally debilitating disease. Last week, as we sat on your terrace enjoying the sunshine, we spoke of old times and reminisced about family stories. When you migrated to the United States, you were only 28. To my ten-year-old self, you seemed “old.” Today, as I write you this letter, I have a 28-year-old son, whom I have a hard time seeing as a grown man - let alone as old. Pearl, did you know that you were part of a phenomenon called the “feminization of immigration” (Caritas Internationalist)? Because of women like you migrating to the United States in such large numbers post-1965, the image of the traditional immigrant - who were predominantly male – has permanently changed. As you lose your memory, your words, and yourself, I want you to know that I still see you. I still see the strong woman who didn’t have a choice but to be strong in a country that was brutal and unforgiving. I see the woman who managed to provide opportunities to her own daughters that she didn’t have as a young, immigrant, black woman in either her country of birth or choice. In the United States, they labeled and categorized you as undocumented and made you feel unappreciated and unwanted because of your immigration status, race, gender, and country of origin. I watched you cast aside their labels because of your will to survive and thrive, your tenacity and your love for self and family, and the grit you always kept deep in your belly. I watched you work multiple jobs to take care of yourself and your children. I watched you find the strength to work - day after day and year after year - taking care of other people’s children or aging parents. Even when you were sick, you couldn’t take a day off; because if you did, you wouldn’t get paid or, worse, you would have lost your job and means of income. I watched you work cleaning homes on weekends to help pay for my tuition because you wanted me to attend private schools and have a “better life.” I watched as you earned an associate degree, received your green card, and later became a United States citizen. I watched you transition from working as a domestic in the homes of privileged people to a white-collar job with the City of New York, where you worked for 20 years. I watched you move from renting to becoming a homeowner and landlord. Most of all, I watched you embrace this country, calling the United States home, while holding on to the good memories of Grenada. You taught me that it is possible to love two countries like you can love two children. Pearl, as your disease progresses and you seem to disappear before my eyes, I am once again that ten-year-old you left over four decades ago in the airport - immobilized by grief, fear and in tears; however, she knew then that someday she would see you again. Now, as a middle-aged woman, daughter, mother and wife, I’m terrified that I will lose you forever - not to death but, long before that, to this ailment. I’m afraid that, one of these days when I visit you, you won’t recognize me. I dread the day you will not be able to recall the memories we share and our conversation will be for naught. What keeps me strong, Pearl, is our unwavering commitment and love for each other. It gives me hope and lifts me up when I’m down. I know now that, while you made the choice to leave and travel overseas, you weren’t in total control of your circumstances and you believed then that you were doing the right thing for us. I know that it was a sacrifice for you and it wasn’t done haphazardly. I recognize now that the pain we both experienced due to the five years we were separated motivated me to parent my son differently. Most of all, it gave me the privilege to be present for him in ways you couldn’t be for me. Your choices also made it possible for you to be there for him as well - every step of the way. From the time he arrived in this world, you were a constant in his life. You were the kind and loving grandmother he knows, remembers and cherishes. You loved and nurtured him and he adores you. Because of you - our role model - we can ‘close the door’ on parent-child separation and move toward forgiveness and togetherness. Your loving daughter always, Christiana Best (Val).