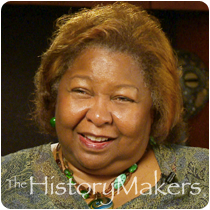 Microbiologist Agnes A. Day was born on July 20, 1952 in Plains, Georgia. The youngest of thirteen children, Day was raised by her third-grade teacher, Reverend Mrs. Rose Marie Bryon. Day’s interest in science began when she and her older brother would walk through the woods catching insects and animals. They’d later go to the library to learn more about their finds. After graduating from Mainland Sr. High School, Day attended Bethune-Cookman College in Florida. She received her B.S. degree in biology in 1974. Day then attended Howard University, graduating with her Ph.D. degree in microbiology in 1984. After obtaining her graduate degree, Day became a research fellow in the Bone Research Branch at the National Institute of Dental Research, part of the National Institutes of Health. She left in 1988 to join the faculty at Howard University as an assistant professor. Since 1992, Day has served as a tenured associate professor of microbiology in the College of Medicine at Howard University. She also has held the position of chair of the department of microbiology. She has secured more than $2.5 million in grant funding, and her research interests are mechanisms of drug resistance in fungi, the development of animal models of breast cancer, and molecular characterization of the aggressive phenotype of breast cancer in African American women. She serves as a Scientific Reviewer for research grants submitted to the National Institutes of Health, The National Science Foundation and the Department of Defense Cancer Research Initiatives. Day is in demand as a science expert, having been interviewed as part of a Public Broadcasting Service (PBS) special and TheGrio’s Black History series. In addition, she has served on numerous panels as a scientific expert in microbiology and breast cancer research. She was awarded the Outstanding Research Award and the Kaiser-Permanente Outstanding Teaching Award by the Howard University College of Medicine. She has served on the Committee on Diversity of the American Society for Biochemistry and Molecular Biology, and as a consultant for the American Association for the Advancement of Science’s Black Churches-Black Colleges Program and the Minority Science Network (MiSciNet) database initiative. She is a member of several professional organizations, including the American Society for Microbiology and the American Association for Cancer Research, where she is a member of the Minorities in Cancer Research and Women in Cancer Research Committees. She encourages the public to stay informed about new developments in science and medicine and to ask questions.