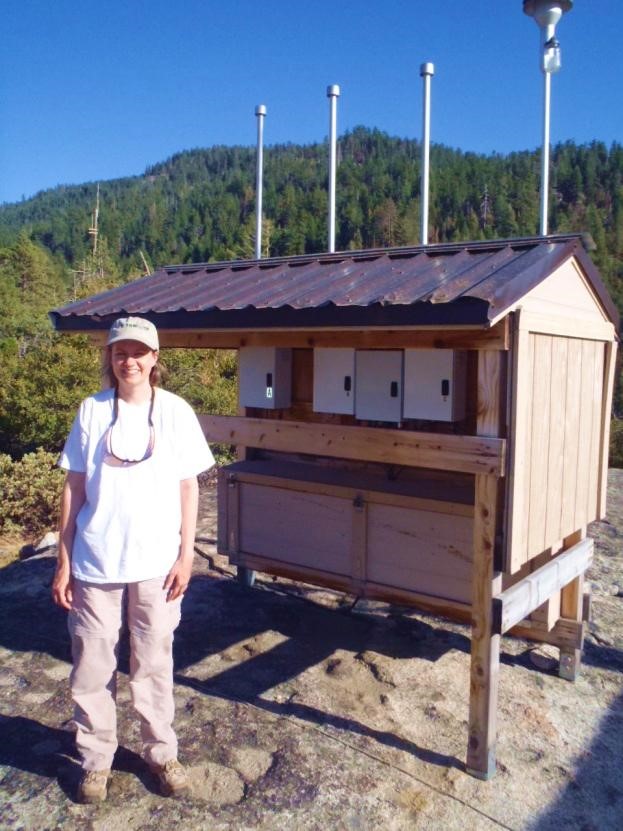 Dr. Ann Dillner is an Associate Research Engineer in the Crocker Nuclear Laboratory at the University of California-Davis. She discovered her love for science in high school, which started out as a love for mathematics thanks to a favored calculus teacher. She received her B.S. in Mechanical Engineering from Southern Methodist University in Dallas, Texas, in 1989. While at SMU, Dillner took a women’s studies class and found a mentor in the professor teaching the class. This professor helped Dillner get a job at an environmental consulting firm, which led her to air pollution work. She received her Master of Mechanical Engineering degree from Stanford University in 1992 and her PhD in Civil and Environmental Engineering at the University of Illinois in 2000. She went on to complete a postdoctoral fellowship at Georgia Tech. She lives with her family in Northern California. Her research focuses on characterizing the chemical composition of atmospheric particles, as well as where it comes from. She is interested in using this information to understand different aspects of air pollution. Dillner hopes to gain from this research understanding of health impacts, visibility degradation, and climate forcing. Dillner’s lab is investigating visibility degradation with the IMPROVE group at UC-Davis which measures the concentration and composition of visibility reducing particles in all the National Parks in the United States. The lab also improves the understanding of global climate change by studying the atmospheric transformation of organic particles and their impact on regional climate. Further, the lab conducts studies on the formation of secondary organic aerosols to investigate urban and regional smog. Another major area of study for Ann’s laboratory is the effects of air pollution on health. For this focus, the lab conducts chemical characterizations of potentially toxic or carcinogenic particulate matter. The lab is developing new techniques to characterize organic functional groups using FTIR, Fourier Transform-Infrared spectroscopy, and characterize elements using high-volume sampler and ICP-MS. Her samples usually come from national parks and are collected by park rangers who then mail them back to her lab. Dillner has also recently developed a novel technique to characterize the organic fraction of particulate matter, the least understood component of particulate matter. Dillner’s lab is also quantifying and characterizing the composition of smoke from forest fires, prescribed burns, residential wood burning and cook stoves as well as characterizing aerosol in national and international monitoring networks. She hopes that by knowing the characteristics of air pollution, the government can better regulate and help to decrease air pollution in the atmosphere.