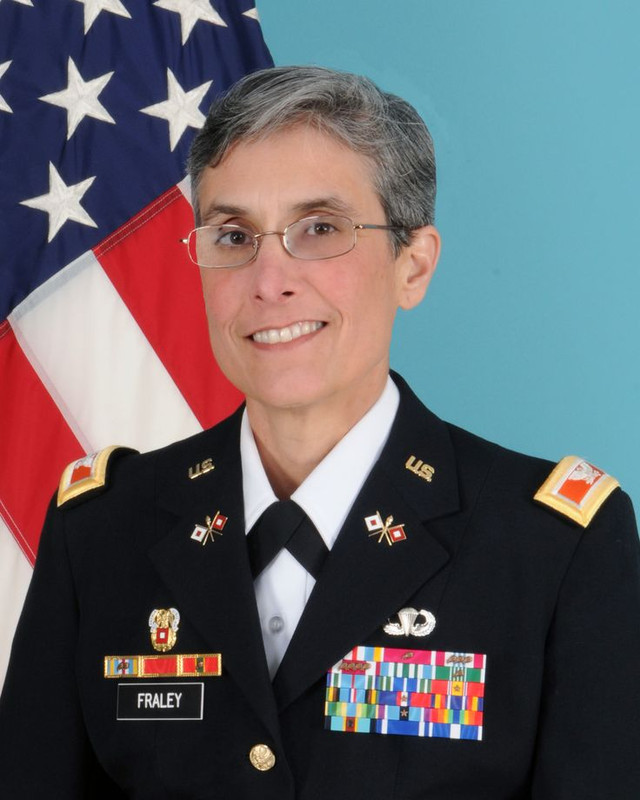 Michelle Fraley is a retired military officer who was the first Puerto Rican woman to graduate from the West Point Military Academy and the first woman to hold the post of Superintendent of the Puerto Rico Police. She is also the former chief of staff of the Army Network Enterprise Technology Command. Fraley holds a Master of Business Administration from Nova Southeastern University, a Master of Arts in International Relations and Affairs from Troy University, and a Ph.D. in organizational leadership from the University of Phoenix. Michelle Fraley retired from the United States Army in 2014, after 30 years of service, with the rank of Colonel. Her final of six commanding posts before retiring was as commander of the Walter Reed Army Medical Center Warrior Transition Brigade (WTB) in the National Capital Area. As she completed her final post, she was described as a “Wonder Woman” in dealing with wounded warriors that returned from the battlefront to assume other roles in the military or transition into private life. After her retirement, she returned to her homeland of Puerto Rico. Upon her return, she was appointed as special assistant to the Superintendent of the Puerto Rico Police, leading the Strategic Initiative Group. Here, Fraley was charged with analyzing the entire state police organization. After Ricardo Roselló won the 2016 Puerto Rico general elections, Governor elect Roselló nominated her for Superintendent of the Puerto Rico Police. She served in this position from January 2, 2017 to January 8, 2018.