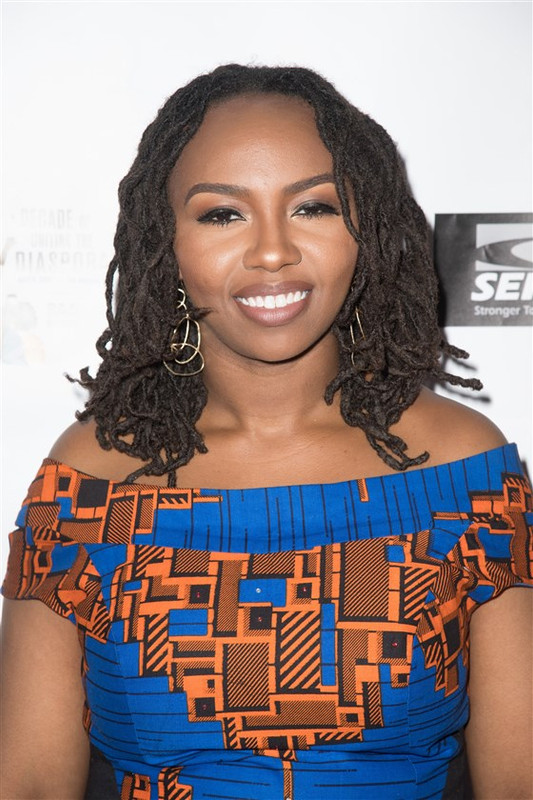 Opal Tometi is one of the most influential human rights defenders of our time. Informed by her Nigerian-American identity and decades of experience, her commitment to justice transcends borders. For decades, the award-winning advocate, strategist and writer has used her voice to ensure that race, immigration, and gender justice remain at the forefront of global conversations. She is one of 3 women architects and founders of the most influential movement of our lifetime – #BlackLivesMatter. In fact, Opal initiated Black Lives Matter’s online infrastructure ensuring that millions of people could hear the message and collaborate together towards a thriving multiracial democracy. The daughter of Nigerian immigrants, she witnessed first hand the challenges that her tight knit community faced in Arizona. Simultaneously she also witnessed the heartbreaking humanitarian crisis at the border and as a result became an outspoken immigrant rights activist and eventually took the helm, leading Executive Director of BAJI (Black Alliance for Just Immigration). Opal used her knowledge and bold leadership skills to become the first woman to serve as the executive Director of BAJI (Black Alliance for Just Immigration) ⁠— at the age of 27. From her high school halls to the United Nations General Assembly, Opal has always been for the people. At the core of her work is an innate ability to mobilize and bring together unlikely allies to make lasting change. Her track record illustrates a serving heart with a commitment to social justice, a relentless fight for what’s right, and an unquestionable love for humanity. Her career is impressive, and so are her accolades. She holds a Masters degree in Communications and currently serves as a racial justice communications consultant. Academically, Opal has received numerous recognitions including an honorary PhD. She was honored by the City University of New York (CUNY) with a scholarship in her name to support immigrant students pursuing law degrees, along with the honor of a scholarship in her name to support immigrant students pursuing law degrees. In the media, she was named among the 50 Most Influential People by Forbes, Marie Claire and Cosmopolitan magazines, and has received glowing features in CNN, MSNBC, BBC, BET, Fortune, POLITICO and more. She has been awarded the 2020 Freedom or the Flame Award from civil rights icons on the 55th anniversary of the Selma Bridge Crossing, the 2019 Coretta Scott King Center and Douglass 200 Honors, honored as an everyday trailblazer by Vh1 in 2018, and has been featured in a video installation at the Smithsonian’s National Museum for African History and Culture (NMAAHC) for her contributions. Opal is a trusted advisor to many organizations and initiatives in the US around the globe. Although often traveling abroad to support human rights initiatives, she resides in New York where she loves riding her single speed bike and collecting African art. The truth is, there’s more work to do and Opal has just begun. Source: https://www.opaltometi.org/