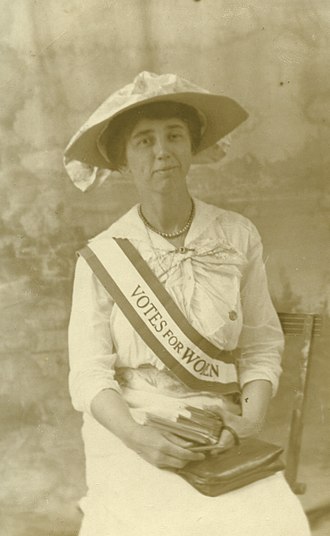 My great Aunt, Alice Riggs Hunt, came to live with us in 1967 during the women's movement. She was born in New York City and campaigned in five states for women's suffrage. When I was eight years old, she told me stories of her adventures as a journalist and activist. One story she told is that she and mother were the first woman to own a car in New York City. Alice used this to campaign for votes.