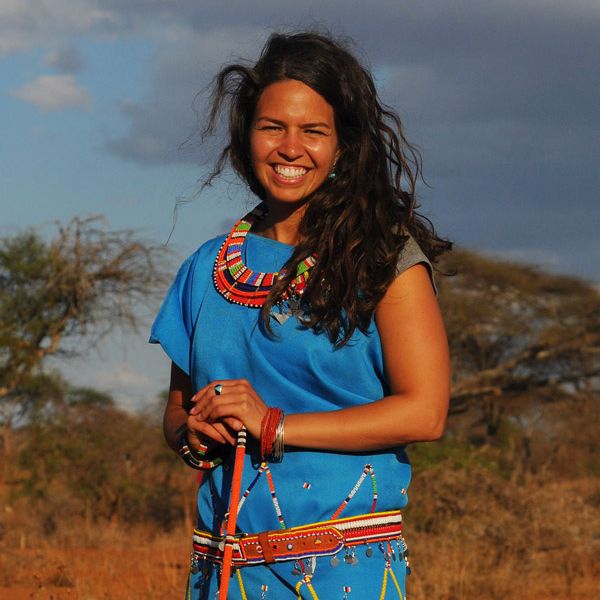 Dr. Leela Hazzah is a conservation biologist. Growing up in Egypt she knew from a young age that she wanted to work on lion conservation. She moved to the United States to earn her Bachelor’s Degree in Biology in 2002. She went on to complete her Master’s of Science Degree and PhD in conservation in biology. In 2004, Leela joined a conservation group based in Kenya called Living with Lions. Living with Lions studied the relationship between lions and the Maasi people. In Maasi culture, killing a lion is a rite of passage for young men and lions are also killed in retaliation for loss of livestock. In 2005, she moved into a Maasi community to observe and participate in the community’s daily life. Through observing and interacting with the warriors, the group responsible for killing the lions, she realized that the people killing the lions were the best to protect them. Dr Hazzah co-founded the community based project Lion Guardians in 2007. The Lion Guardians combine traditional warrior values with non traditional knowledge. The successful project provides accurate population statistics and in 2012 saw an 8 year boom in lion cubs. The Lion Guardians and Maasi warriors name the lions in their territory and rejoice at seeing new cubs. Dr. Leela Hazzah and the Lion Guardians have won the 2009 WINGS Women of Discovery Field Research Award, the Saint Andrews Prize for environment in 2012 and CNN’s Top Hero’s in 2014. Today Dr. Hazzah continues to serve as executive director of Lion Guardians and President of the US non profit organization Wildlife Guardians. The project began in the Amboseli region of Kenya and now the approach is used all across multiple countries like Uganda, Tanzania and Mozambique.