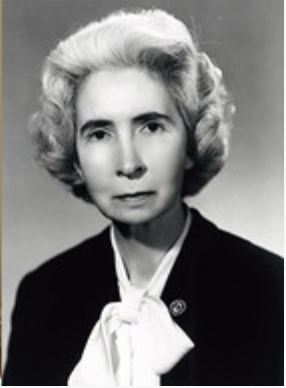 Allene Rosalind Jeanes (1906-1995) was an ARS chemist at the National Center for Agricultural Utilization Research, in Peoria, IL. She posthumously became a member of the National Inventors Hall of Fame in 2017. Jeanes studied how bacteria could produce polymers in corn, wheat, and wood. Her research led to the discovery of ways to mass-produce dextran, a type of polymer, for use as a blood volume "expander" to sustain accident and trauma victims suffering from significant blood loss until they could get a transfusion. The methods Jeanes developed led to commercial-scale production, and use of dextran during the Korean War and saved countless lives on the battlefield. Dextran is still in use today. She is also responsible for developing xanthan gum, a sugar synthesized by bacteria. Today, xanthan gum is widely used in products such as toothpaste, egg substitutes, ice cream, and some gluten-free foods. In 1962, Jeanes received the Federal Women's Service Award from President Kennedy. She was also the first woman awarded the USDA Distinguished Service Award. Story by Nancy Vanatta, Information Specialist, USDA Agricultural Research Service in Research and Science