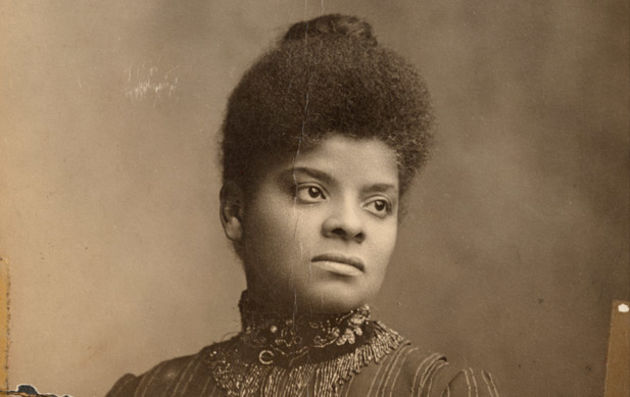 Ida B. Wells was born into slavery in Mississippi, where she was freed by the Emancipation Proclamation during the Civil War. When she was 16, she lost both her parents and her brother from yellow fever. She supported the rest of her family and began to work. She later co-owned and worked for the Memphis Free Speech and Headlight newspapers. In her reporting, she covered incidents of racial segregation and inequality. After a group of her friends were lynched, Wells wrote in Free Speech and the Headlight encouraging blacks to leave Memphis, stating “There is, therefore, only one thing left to do; save our money and leave a town which will neither protect our lives and property, nor give us a fair trial in the courts, but takes us out and murders us in cold blood when accused by white persons”. After this event, she began to investigate lynchings and adopted investigative journalist techniques. She began to interview people that experienced or witnessed lynchings. In 1892 she discovered that the father of a young white woman got a lynch mob to kill a black man she had a relationship with to “save her reputation”. She later published an editorial about her investigation, resulting in her newspaper office being burned to the ground, and her departure from Memphis. She published her research on lynching in a pamphlet titled Southern Horrors: Lync Law in All Its Phases. She wrote that southerners accused victims of rape as an excuse to hide their true motive of lynching, their racism and opposition towards black economic progress, which she believed threatened white southerners with more competition. She published a second pamphlet in 1895 with more research and greater detail, which she named The Red Record, covering the high rates of lynching in the United States and the struggles black people faced in the South since the Civil War. She travelled across Britain to speak about lynching, where she gained an international audience of white supporters despite many Americans not liking her. Wells also was active in the national women’s club movement, worked with national civil rights leaders, and was passionate about women’s rights and suffrage. She was an advocate for women being successful in the workplace and having equal opportunities. Some of her work included organizing a boycott of the 1893 World’s Columbian Exposition held in Chicago, where she stood beside Frederick Douglass and other black leaders for its exclusion of African Americans from the event. She also is credited with preventing the adoption of an officially segregated school system with the pressure group she and Jane Addams organized.