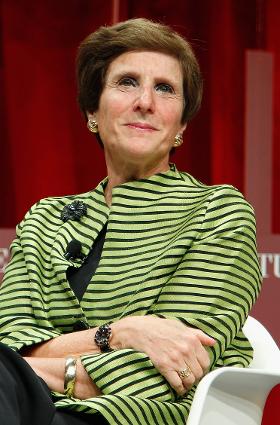 Irene Rosenfeld was born in Brooklyn, New York and was a business executive of Kraft Foods Inc, which eventually at one point was one of the largest-products company within the United States. After growing up in Long Island Rosenfeld continues her studies in Cornell University, in Ithaca New York. There Rosenfeld was able to earn a degree in B.A Psychology as well as an M.S in Business. Later on Rosenfeld was able to begin her career in a advertising agency and eventually tied herself to the marketing department of the General Foods Corporation. The company which Rosenfeld involved herself in surrounds themselves upon in the packaging in a variety of products. For almost fifteen years Rosenfeld found herself working that company and eventually in 2006 she found herself back and now as the CEO. Rosenfeld was set on revamping the company by introducing new products and expanding their markets abroad. Rosenfeld was able to move forward and expand to British food companies eventually making its market greater. However, eventually in 2017 Rosenfield did step down from her position and retired.