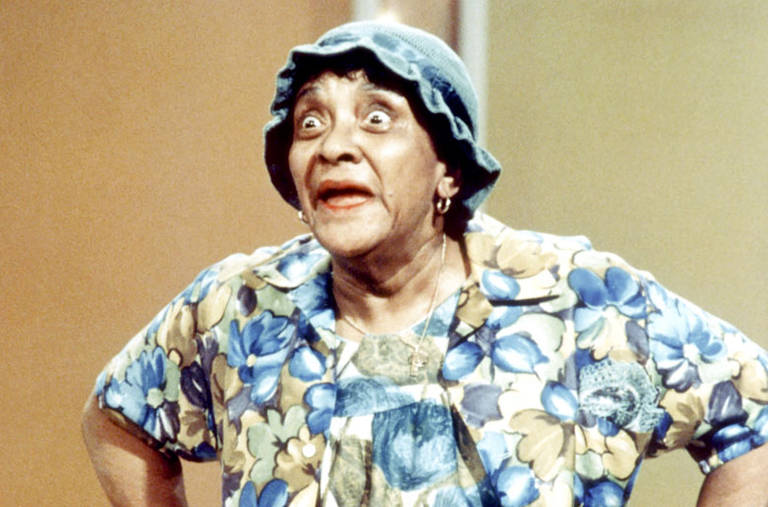 Loretta Mary Aiken was an American standup comedian known by her stage name Jackie “Moms” Mabley. Mabley had a tough childhood, at the age of 15 her dad died from a fire engine explosion, and her mom died the following year after getting hit by a truck. Her grandmother encouraged her to go to Cleveland, where Mabley joined a travelling vaudeville-style minstrel show starring Butterbeans and Susie where she sang and was an entertainer. She got her stage name Jackie Mabley from her ex-boyfriend who was also a performer, stating that “he took so much from her, the least she could do was take his name from him”. She later became known as “moms” because she was a mother figure to many other comedians active during the 1950s and 60s. She came out as a lesbian when she was 27, becoming one the first openly gay comedians. Mabley was successful on the Chitlin’ Circuit, also known as Theater Owners Booking Association or TOBA, acting as a segregated organization until the Great Depression. Even though she was popular, Mabley earned small wages. She didn’t give up, later earning $10,000 a week at the Apollo. In the 1960s, she became more popular with white audiences and played Carnegie Hall in 1962, also appearing on TV, where she was introduced to a new viewership. From the success of her career, Mabley was considered “The Funniest Woman in the World”, speaking about topics too controversial for other comedians of her time, such as sexuality and racism.