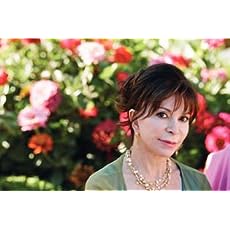 Writer, poet, and political activist Isabel Allende, (born August 2, 1942, Lima, Peru), a Chilean American writer in the magic realist tradition who is considered one of the first successful woman novelists from Latin America. Allende was born in Peru to Chilean parents. She worked as a journalist in Chile until she was forced to flee to Venezuela after the assassination (1973) of her uncle, Chilean Pres. Salvador Allende. In 1981 she began writing a letter to her terminally ill grandfather that evolved into her first novel, La Casa de los espíritus (1982; The House of the Spirits). It was followed by the novels De amor y de sombra (1984; Of Love and Shadows), Eva Luna (1987), and El plan infinito (1991; The Infinite Plan) and the collection of stories Cuentos de Eva Luna (1990; The Stories of Eva Luna). All are examples of magic realism, in which realistic fiction is overlaid with elements of fantasy and myth. Her concern in many of these works is the portrayal of South American politics, and her first four works reflect her own experiences and examine the role of women in Latin America. The Infinite Plan, however, is set in the United States, and its protagonist is male.