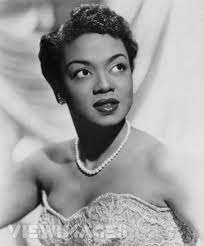 Hazel Dorothy Scott is a Jazz Pianist, singer, and actor. She has performed in many films. She had attended The Juiliard School of Music at a young age of 8. In 1939, she had a performance in World's Fair and was a staple in the first club Cafe Society. At the age of 25, she was earning $1 million a year. She would not play for segregated audiences. She was also the first black women who hosted her own television show.